This is going to be a v brief and rough and ready post (nothing new there then). This week I've been thinking a lot about the Student Development Twitter account. I posted a few weeks back about using Twittbott to allow multiple people to tweet to one account, but it doesn't work (or at least I can't get it to work). Then a student on twitter suggested this: 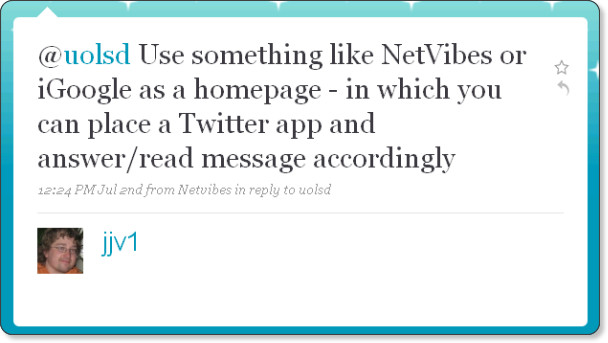 The next problem was that within the Netvibes Twitter widget you only see @replies of people the account is following - which wasn't much good. So JayJay suggested this: 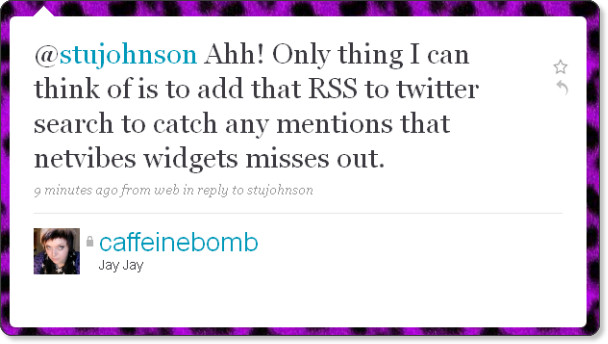 So now what we have is a Netvibes page that can be tweeted from and can see @replies from tweeters the account isn't following. It looks like this: 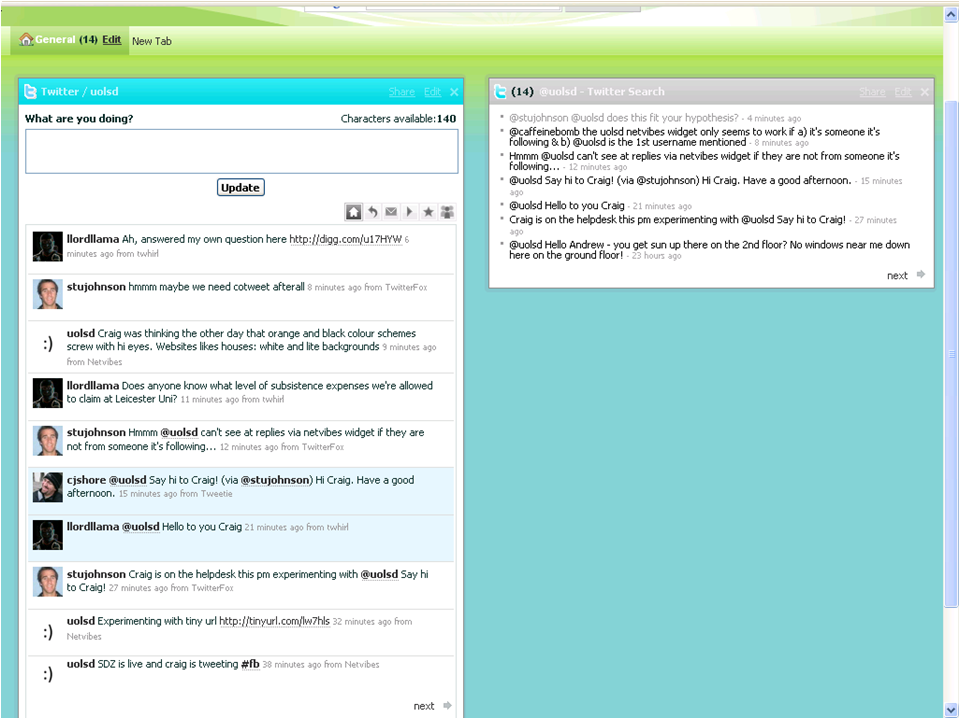 I think we might be getting somewhere. Any suggestions?
Posted by Stu at 16:22 2 comments: