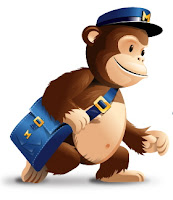 Not entirely sure why I didn't do this earlier but I asked MailChimp yesterday about a problem I blogged about a few months ago regarding their very useful 'opened' stats not taking into account Outlooks default reading pane. Here's their response.

Thanks for posting that article. ;) I'm afraid there isn't anything we can do because this is an Outlook security setting that we don't have control over. Basically, Outlook doesn't like the fact that we send from different domains - so it won't remember who you are and just download the images. Other email clients like Gmail, Yahoo, Hotmail, etc. will learn based on the reply to/from email and once you approve that the images can be downloaded, it will continue to do so for all newsletters.

You can read a bit more about this at http://eepurl.com/hcKv

So, unfortunately it's a Microsoft issue that they can't do anything about. But I'm very impressed with MailChimp's customer support - so far I've tweeted, web chatted and emailed him and had very rapid responses in each case :)
Posted by Stu at 10:13 No comments:

Today, I noticed, is my six month acting-up-iversary. Six months since I started my role as Acting Head of Student Development (I blogged about the start of it here). So, some quick reflections.
It's looking like I'll remain acting-up for another six months, which on the upside means I'll have a whole year of the experience under my belt. Depending on when I'm asked I waiver as to whether or not I'm interested in the substansive post (whether or not senior management would be interested in me is a different question).

I'm particularly interested to hear your suggestions for how to keep up the blogging (which I find incredibly useful as a means of reflection and recording as well as potential discussion) - especially with regard to blogging when in a more management, as opposed to practitioner, position.
Posted by Stu at 11:24 10 comments:

Email ThisBlogThis!Share to TwitterShare to FacebookShare to Pinterest
Labels: acting up

Who gets the best jobs 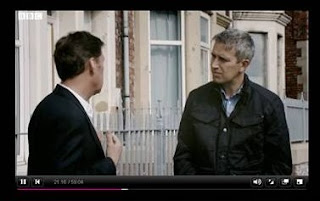 I've just been sent a link to a programme that was on BBC 2 last night - Who Gets the Best Jobs? (Broadcast on BBC Two, 9:00 PM Wed, 2 Feb 2011 available until 1:09AM Wed, 16 Feb 2011). I was aware of Alan Milburn's Unleashing Aspiration report but this programme makes it much more of a prominent issue (and only last week was Andrew Neil's programme Posh and Posher: Why Public School Boys Run Britain).

Here's the blurb on the programme from the iPlayer.


Britain is a less equal society than at any time since World War One. In Who Gets the Best Jobs, Richard Bilton investigates access to the professions - and finds that the best jobs are being snapped up by an increasingly small gene pool of privileged, well-connected families.

Getting a good degree matters more than ever - and those from low income families can no longer easily work their way up from the bottom without the qualifications, contacts and social skills that their more fortunate counterparts make full use of.


One of the University of Leicester's stated values is having an inclusive and accessible culture, specifically


Our commitment to an inclusive and accessible culture not only opens the doors to the very best, no matter their background, it even shapes the very way we look at and discover the world around us.

Leicester is the most inclusive of Britain's top-20 leading universities with the greatest proportions of students from under-represented groups.


So whilst the programme is more than a little depressing, our task is to think about how our inclusive and accessible culture can contribute to fairer access and who gets the best jobs. Not least given this comment by Dr Lee Elliott Major (presumably he uses the middle name so not to be confused with Lee Majors) from The Sutton Trust (confirming what we already knew):


We know that many of the big companies or big recruiters have increasingly small lists of universities from whom they pick ... there are some signs that in the current recession that recruiters are actually shortening their lists. So for this particular generation coming out of university now it's an even bigger issue.