Last Friday Marta and I went to the Association of Learning Development in Higher Education's CPD event in Leeds and ran a workshop on 'Using emerging technologies to engage students'. It was essentially a repeat of the Engaging without invading workshop that I did in March last year but a little bit updated.

The thing that was most interesting for me was the change in attitude of the audience from 10 months ago. It was a different audience but one drawn from the same professional group., the majority attitude last time had been 'I'm really not sure about this - convince me'; this time it was 'We really should be using this - how?' Also of note was an interest in using social media for learning as well as simply publicising (I need to get involved in Alan's Friendfeed project again). 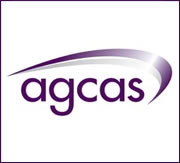 I've just got back from the AGCAS Heads of Service conference at Conference Aston. This was my first time at the conference and I was there in my acting up capacity. As is usually the case with conferences, the best part was meeting people - especially to share ideas and compare experiences. I felt particularly welcomed by the East Midlands Heads of Service (we were trying to think of an appropriate collective noun for ourselves but didn't). Also, it was good to find people on Twitter, especially in meeting Michael Clarke from London for the first time (he was the other person at the conference tweeting!), Stephen McAuliffe (he looks very  smart on his Twitter pic) from Nottingham, and Jon Christie from Falmouth.

The common themes of the conference were around demonstrating impact of activity, strategic positioning of careers within institutions (especially post Browne), and doing more with less. The institutions that seem to be making most headway are those where both opportunities to influence strategy are grasped and senior management are supportive.

Being relatively new to things careers I found the conference very helpful and colleagues very supportive. Whether I go next year depends on what happens to my acting up... 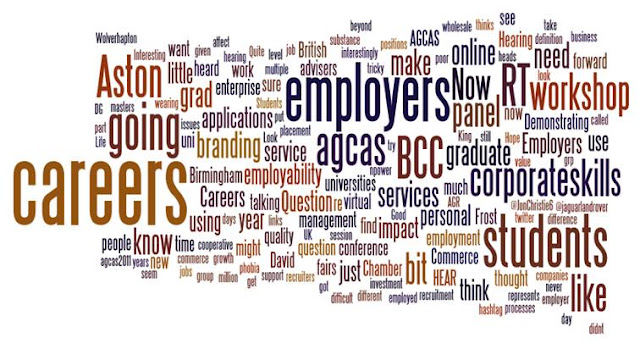 Study and Communication Skills for the Chemical Sciences

A nice way to start the new year; the book I co-authored with Tina Overton and Jon Scott has just been published. Available in all good book shops (or Amazon)... 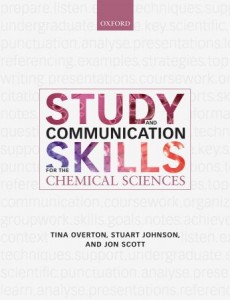