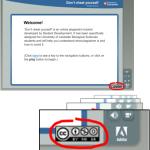 Since my recent Inspired by Shirky post I've decided to make the plagiarism tutorials creative commons. After some very helpful advice from Tania (who's the Copyright Administrator for BDRA's OTTER Project) I've made the following changes to the tutorials to enable me to legitimately add a creative commons license:

I've only managed to update the Biological Sciences version so far but I'll be working my way through all of them over the next few weeks.

The creative commons license that I've chosen is Attribution-Non-Commercial-Share Alike 2.0 UK: England & Wales. Just to be clear, this means... 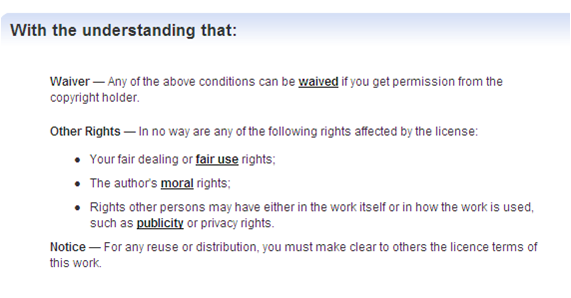 You can access the original PowerPoint file here. If you want to republish your own version you'll need Adobe Presenter. But don't forget - attribution, non-commercial, share alike! Also, it would be good to hear from you if you do make your own version.

By the way, this isn't the part 2 to the Shirky post that I promised - that will focus on the video animation format as per the critical student tutorial - and I'll try and write next week.
Posted by Stu at 15:30